Our dear friend Abbey recently had a birthday. Since her birthday fell right around Memorial Day it was difficult to find a day to gather the troops. But we knew we had to celebrate Abbey, despite her being quite reluctant. Abbey is one of those friends that you know you can always count on. Not only does Abbey always have her shit together but she is also fun, outdoorsy, domestic and one of the most caring women that I know. She is one of those friends that goes over to your house when you’ve been gone for three weeks to clean our your fridge (and the ensuing mold) and your bathrooms before you come home. Now that is one upstanding friend.

So after extensive consideration we concluded that it would be best to have her birthday coincide with one of the biggest events (according to most local fishermen/women) of the year: the Brown Drake hatch on Silver Creek. It just so happens that during “the hatch” most of our friends are already gathered in the relative vicinity of Silver Creek and Abbey happens to be one of those bad-ass girls that can throw a fly (is that even a saying?) right along with the boys. So it was perfect.

Thus, Abbey’s “pop-up” birthday was born. The place and time were relatively unknown until the day before when the bugs started getting frisky. All in all the idea for a “pop-up” birthday was fantastic. It just took a bit of going with the flow, creativity and lots of communication on where to be and when but fun was had by all.

Last year we celebrated “the hatch” with a night of glamping on Silver Creek and this year I (unfortunately Krista got a death sickness) took it just a bit further with a ton of food, pretty table and good company. There is no reason why a picnic doesn’t need a chalkboard and flowers.

Cheers to an amazing night on Silver Creek!

Silver Creek happens to be one of those places that really doesn’t need accessories. The views are breathtaking and everything is incredibly green right now. Also a sunset worthy of capturing each evening makes any place truly magical. That being said, I couldn’t resist just a few pretty things to add to the picnic. A party is not a party without at least either something gold, a balloon, a chalkboard or flowers…

this view doesn’t need much accessorizing

birthday chalkboard complete with a couple of brown drakes 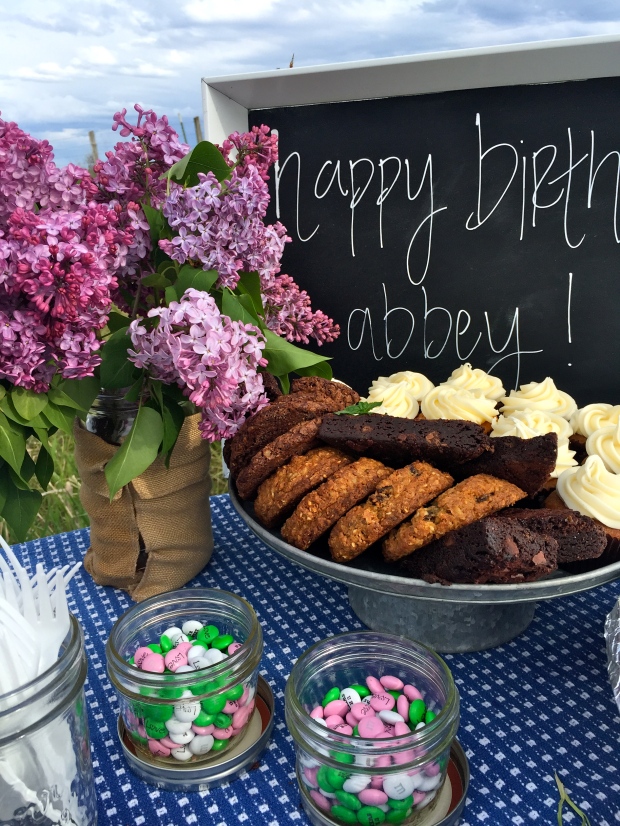 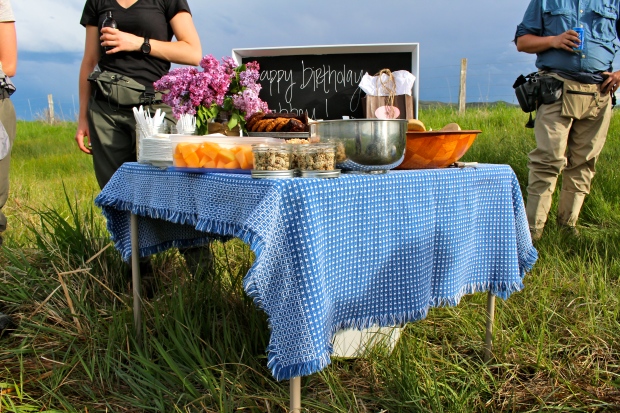 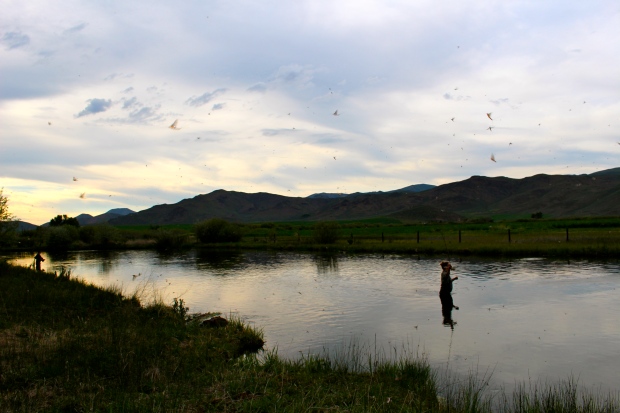 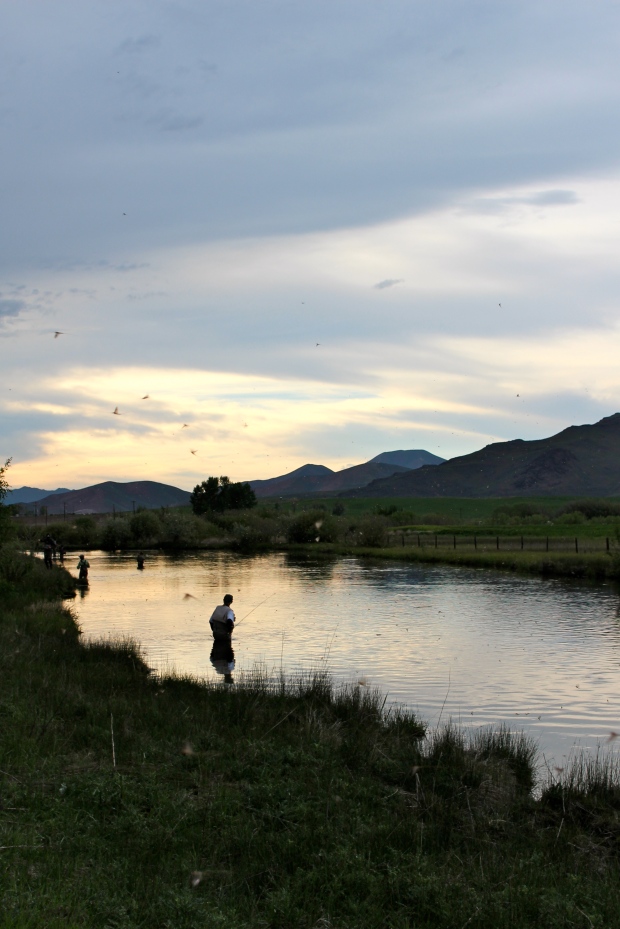 I originally wanted to keep things light and simple as I knew we would have to pack everything to the Creek. I made a few salads and dessert and asked a few others to bring appetizers. Initially I was worried we might not have enough food but we ended up having a feast! Everyone was encouraged to eat as much as possible to avoid packing up everything again… 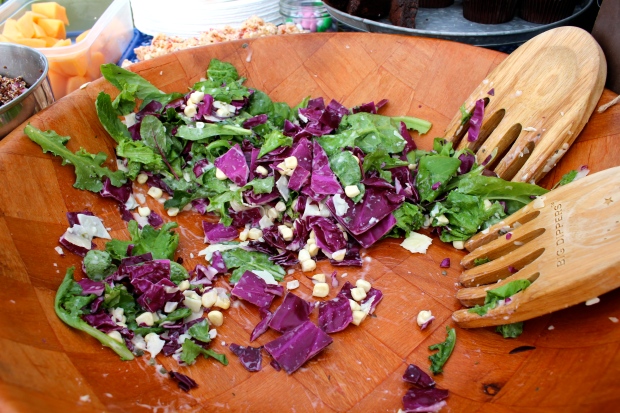 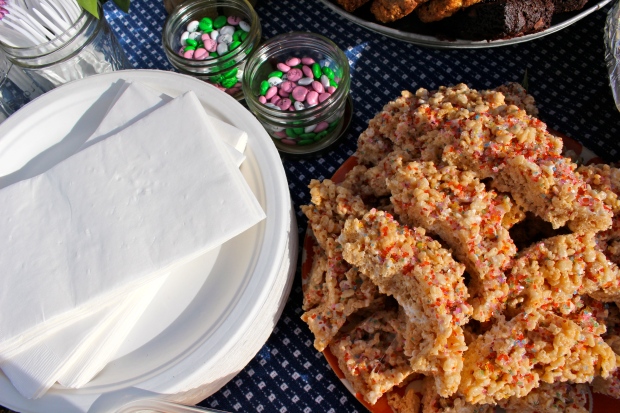 Like always we had amazing company to help celebrate Abbey’s birthday. Happy Birthday Abbey! We were also accompanied by several BILLION brown drakes, a few fish and a couple of dirty dogs!

no words for this…apparently he was taking pictures of the bugs? 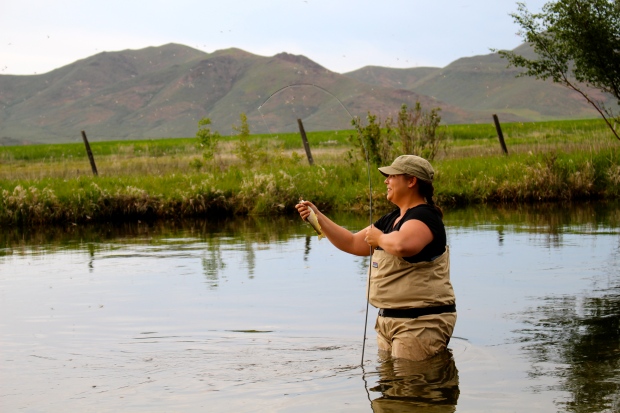 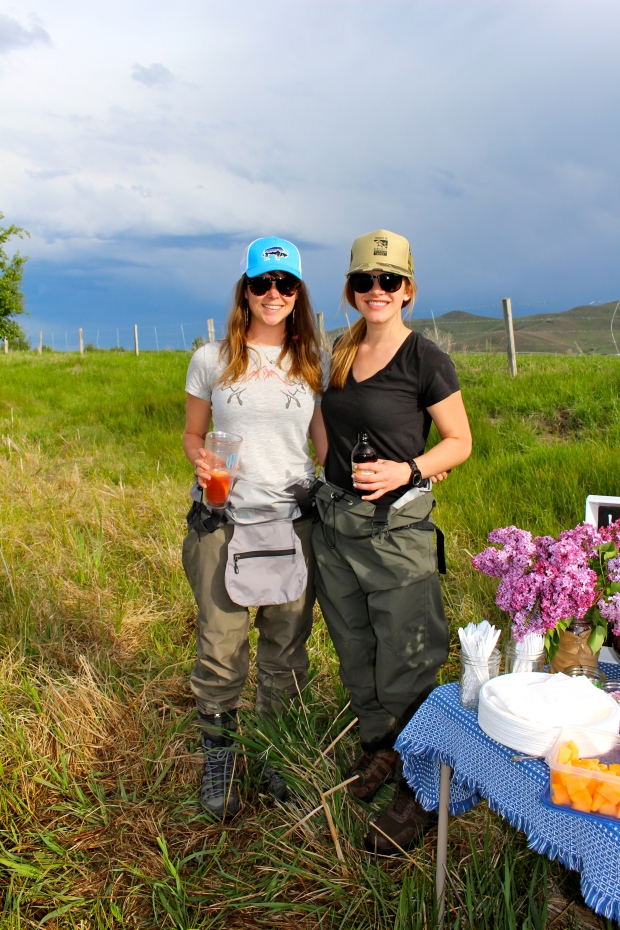 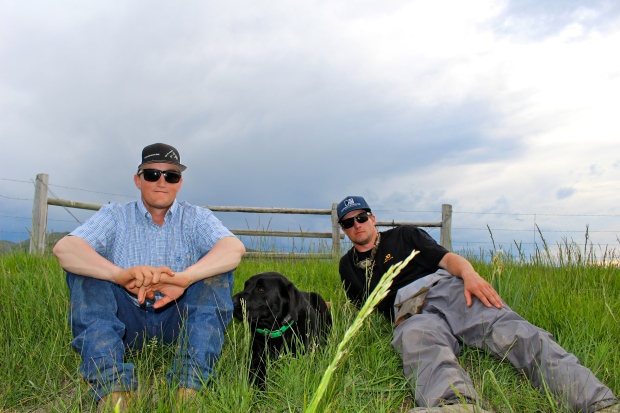 two of my favorite boys around 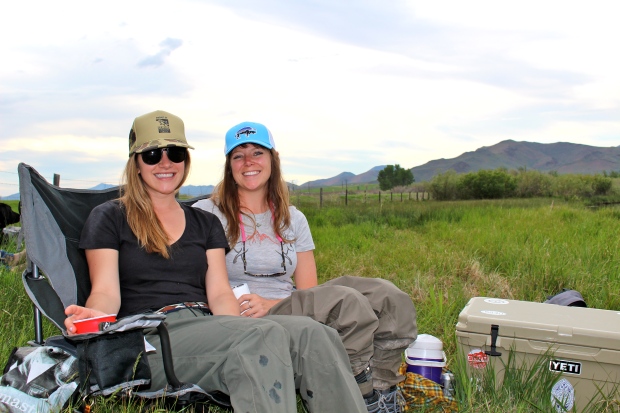 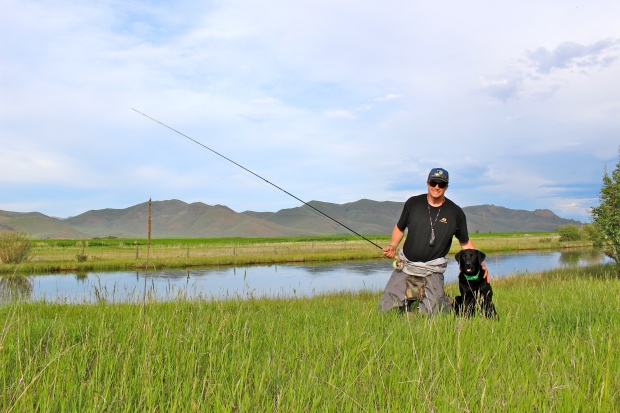 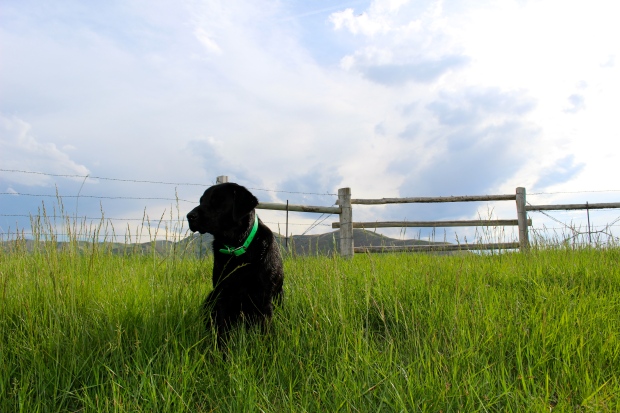 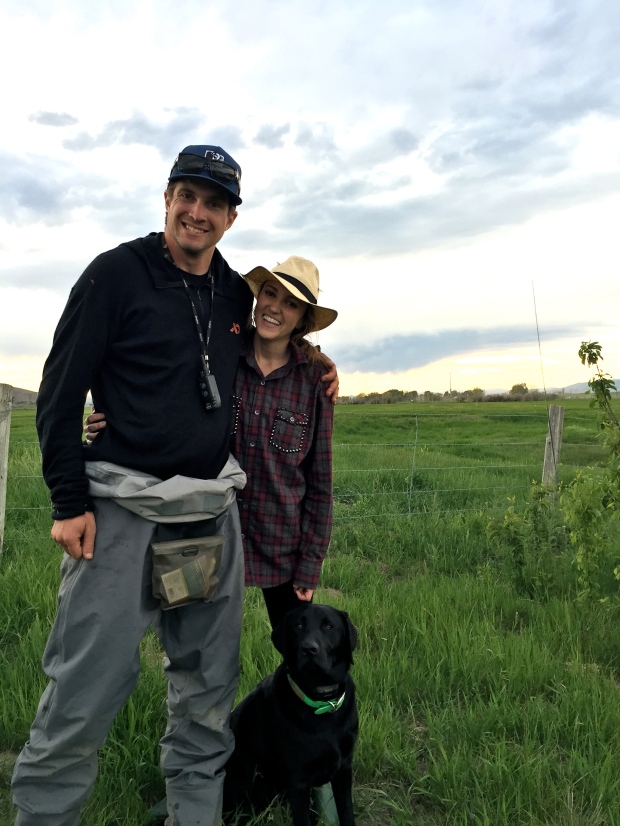 And here is to all the bug friends that joined us! 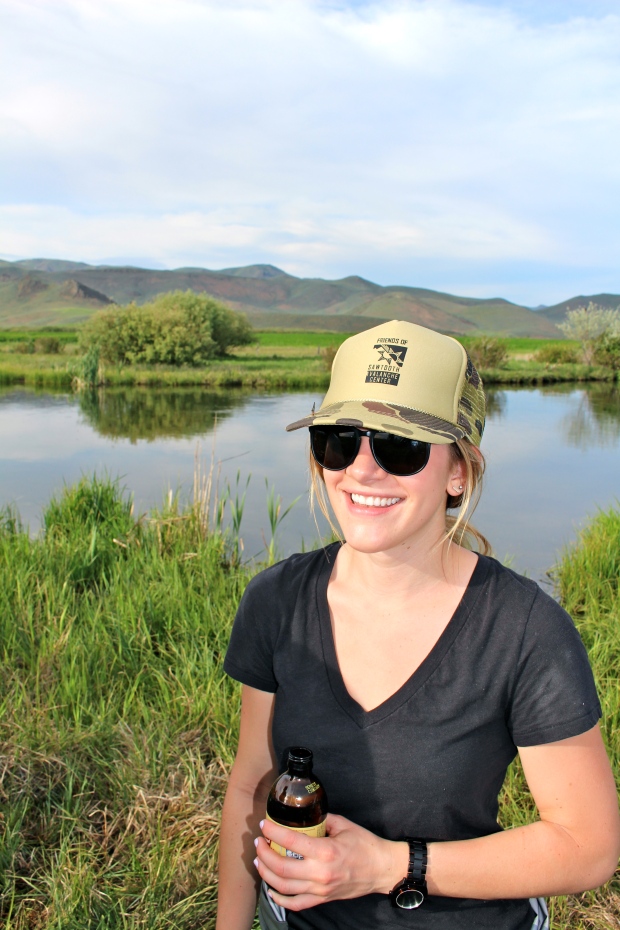 the one and only “butt selfie” i will ever take

hello & welcome to the brass blossom!